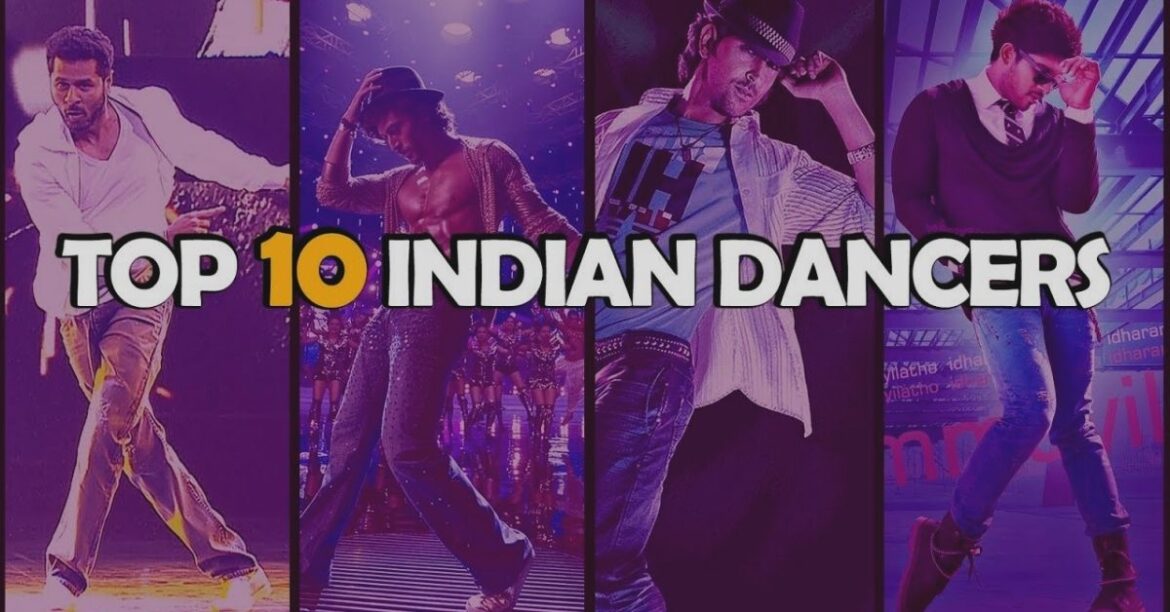 Dance is similar to emotions in India, whether it is aggression displayed in the ‘Tandava Nrutya’ or nuanced motions expressed in Mohiniyattam, Odissi, and other classical dance styles. Each state has its unique folk dance, such as the Bhangra and Gidda of Punjab, the Bihu dance of Assam, the Garbha of Gujarat, and the Chhau dance of West Bengal. Many highly excellent classical and modern dancers have come from the country. Saroj Khan, Shiamak Davar, and Prabhudeva are among Bollywood’s most talented dancers. Ashley Lobo, Terence Lewis, and Uday Shankar are just a few of the artists that have earned a name for themselves in the realm of contemporary dance. Many of these well-known Indian dancers have established their dance academies to teach the next generation of dancers.

“In a nation such, As India you’re sure to come across some of the most incredible dancers who not only perform but also live, eat, breathe, and sleep dancing! “

Here is a Listing of India’s Top 10 Best Dancers

Excellent dancing defined Hrithik Roshan to the kids of the 1990s! “Main Aisa kyu hu” was an enormous hit, and many people still remember it nowadays. His legendary dancing moves had us staring at him like normal humans staring at the gorgeous displays inside a high-end store, wondering to themselves, “Kaash hum Bhi Aisa dance Kar sake!” Hrithik Roshan, the actor, can only be choreographed, not told to dancing. He received some elementary instruction before coming on to cinema in 2000, but he displayed some impressive moves as a child artist. Hrithik Roshan, an extraordinary, fabulous, and perfectly excellent dancer with a supple and flowing body does not need to teach, examine, or master specific dance steps. Despite this, his unique, beautiful, and raw dance strengths flow automatically to him with his desire, energy, and commitment for his widely available style a casual dance that revolves around energizing, elegant, glamorous, and handsome dance moves with attitude and personality that requires no training sessions because he can dance at any age.

The shape of a human, the wonderful dance guru! Who will be able to remain competitive with the best He’s India’s best dancer, and there’s nothing better than that! Que Sera Sera, Oorvasi Oorvasi, Muqala Muqabala , Go-Go Govinda, and Action Jackson Theme Song all include Prabhu Deva’s epic dance movements (Action Jackson, 2014).So on any list of India’s ten most popular dancers, he must be included. Prabhu Deva decided to make his breakthrough as a child playing the flute in the Tamil film Mouna Ragam’s song “Panivizhum Iravu” in 1986. Then, he made his acting debut in the movie Indhu after multiple outings as a dancer. In 1994, he broke through with his second film, Kadhalan, directed by S. Shankar. Deva played a college student in love with the governor’s daughter, who has ties to a traitor. The film was a breakout hit, and critics lauded his choreography, along with his dance segments in the hit songs “Mukkabla” and “Urvasi Urvasi.”

Raghav Juyal is an actor, choreographer, and dancer from India. For his strange slow motion dancing routines and faultless reinvention of the Slow Motion Walk, he is known as the King of Slow Motion. Crockroaxz, his stage name, best reflects his dancing technique, which combines the strength of a crocodile with the creepiness of a cockroach. Raghav has become a young idol, prompting dancers to joyfully mimic his signature motions and dancing style, famously recognized as Crock-style, which translates to “crocodile and cockroach mixed together.” Despite his lack of professional experience, he auditioned for DID Season 3 in 2011, and his popularity grew as a result.

On his movements, he produces beat dance. He’s like butter melting on a toasted piece of bread. Tiger Shroff, a huge Michael Jackson admirer, had an early and lasting imprint on the hearts of Indians. Was he having a look at Tiger Shroff’s most famous dancing move? Michael Jackson’s famous moonwalk is undoubtedly the source of inspiration.

Shakti Mohan, the girl who won it all, rose to stardom after winning DID and performed her way into the hearts of billions of youngsters on Channel V’s Dil Dosti Dance. She has appeared on some of the most famous dance shows, including Jhalak Dikhhla Jaa. She is undoubtedly one of India’s top ten dancers. Earning her way to Bollywood, dancing to well-known tunes, and leaving a mark on the minds and emotions of her fellow Indians, she made a name for herself.

Another brilliant star among the millions of stars and galaxies that make up the night sky. For a star to brightly shining among other stars, it often takes a lot of effort. Remo D’souza accomplished this via his tireless work and absolute passion for dancing. He’ll be filming more dance films with Salman Khan next year.

After Ram Charan, stylish star Allu Arjun to his fans is ranked second among India’s top five greatest dancers. His dance performance in Arya-2 will end up making you go crazy! He’s noted for his dancing style and eases! All of the south Indians in the home are making a racket! Allu Arjun is a well-known actor, director, producer, playback singer, and dancer. Allu Arjun is a combination of beauty and intelligence. He’s been in a lot of movies!

Is it possible to overlook the allure and classiness of a woman who exudes such grace and dignity that the room is filled with her radiance? Madhuri’s performances make you feel both energized and relaxed at the same time! Her knowledge of both traditional and innovative dance has undoubtedly raised the bar for aspiring dancers.

Nandhamuri Taraka Rama Rao, a well-known actor, songwriter, and excellent dancer, is one of South India’s top dancers, with some sharp techniques that can stir your sensibilities. He is undoubtedly among India’s top ten dancers. He’s also a Tollywood choreographer. He takes a huge fee for each film in which he participates! Keep an eye out!

His dance has remained untouched by his transformation from a chocolate boy to a tough guy, which is a wonderful thing! Shahid Kapoor’s dynamic dancing transports you to another universe! You’ve undoubtedly missed out on something fantastic in life if you haven’t enjoyed this amazing star’s dance!