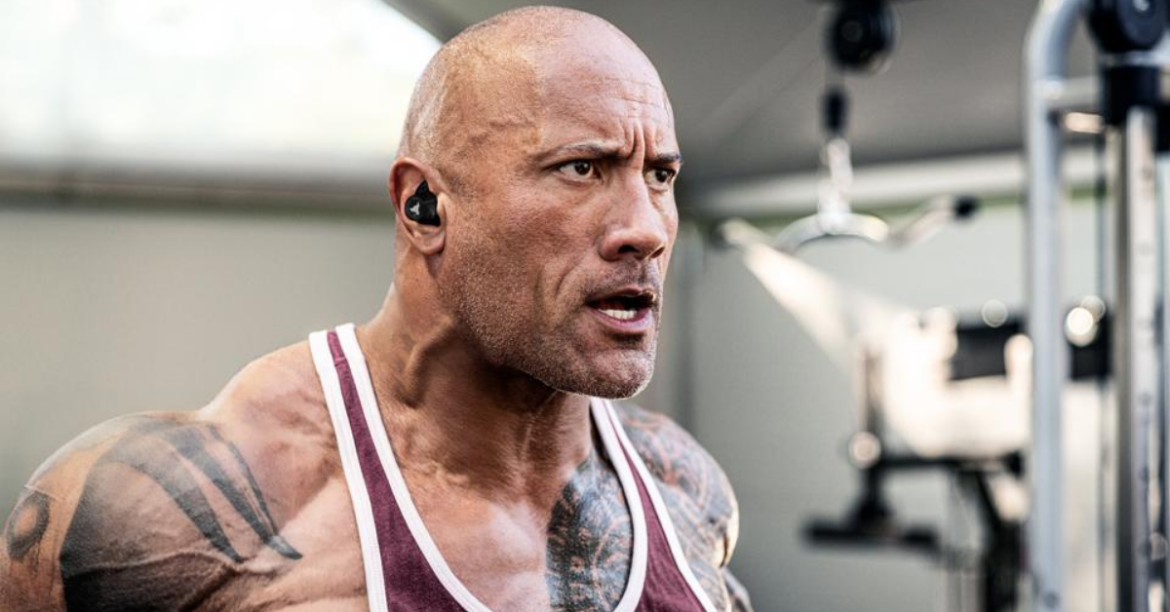 Dwayne Johnson is a pro wrestler and actor who is one of Hollywood’s biggest names. In the calendar year 2018, he was one of the most profitable actors, earning a whopping $124 million. Dwayne Johnson has a net worth of $280 million, and it continues to rise. Dwayne’ The Rock’ Johnson’s net worth screams of his skills and accomplishments, even though he was born on May 2, 1972, at the age of just 47.

In the ring, Dwayne Johnson, better known as “The Rock,” was critical to the commercial success of WWE, the wrestling organization to which he was signed. The WWE entered what was known as the “Attitude Era” with Dwayne, a time in the late 1990s and early 2000s when business was booming. Dwayne Johnson headlined WrestleMania XXVIII, the most-watched professional wrestling pay-per-view show in history. Dwayne was largely commercially successful during his wrestling career, which helped develop his fortune.

Few wrestlers (current or former) have amassed the kind of fortune that Dwayne has. Also, well-known figures such as Stone Cold Steve Austin, who is well-known and recognizable, have a net worth of about $30 million. Another WWE superstar, John Cena, has a net worth of $60 million and has appeared in Hollywood films. Hulk Hogan and Kurt Angle, two older wrestlers, have a combined net worth of just 25 million dollars. In reality, only Vince McMahon, who is currently worth over a billion dollars, has a higher net worth than Dwayne Johnson.

Though Dwayne Johnson had already established himself as a multi-millionaire as a professional wrestler, he didn’t hit his stride until he moved into mainstream films. If it weren’t for the major box office hits he’s starred in, he’d never been anywhere near as wealthy as he is now. Movies like Furious 7, which grossed $1.5 billion at the box office; San Andreas, which grossed $474 million; and Journey, which grossed $335 million, are just a few examples.

He is one of the highest-grossing movie stars of all time, with over $10.5 billion in worldwide box office receipts, and he is consistently among the highest-paid actors in the world. He receives $20 million for each Fast and Furious film he stars in, plus a back-end cut.

In collaboration with his ex-wife Dany Garcia, Dwayne has also founded his own film production company. Dwayne Johnson’s production company, Seven Bucks Production, has worked on several films with him, including Jumanji: Welcome to the Jungle, Baywatch, and Rampage.

Dwayne Johnson is also known for working on several projects simultaneously and considering his hard work ethic and consistency, it’s no wonder he’s risen to the top quickly.

Johnson’s pace, stature, charisma, work ethic, and raw athleticism helped him find his original calling in professional wrestling, which is his family’s business, despite his lackluster football career.

The Rock’s mother was born in Samoa, and Johnson is proud of his island roots, sporting a slew of traditional tribal tattoos. His maternal grandfather and father were both professional wrestlers. After an injury forced him out of the Canadian Football League, he entered World Wrestling Entertainment to follow their footsteps. The Rock soon became a WWE fan favorite, and he won his first of several world championships in 1998.

He then starred in a few TV shows, mostly as himself, before landing a starring role in “The Mummy Returns” in 2001, joining a long list of previous wrestlers who had tested their crossover appeal attempting acting. A leading man was born, and The Rock broke the mold of other wrestlers-turned-actors who didn’t have the same level of success as him.

Why is he so famous?

Dwayne began his career as a football player, but he was forced to move on to other fields when that didn’t work out. In college, he was a football player for the University of Miami, where he won a national championship in 1991. He was cut from his next squad in the middle of the first season since going undrafted in the NFL. Dwayne signed a deal with the WWE, then known as the WWF, a professional wrestling organization, as a result.

Dwayne Johnson, also known as “The Rock,” rose quickly through the WWE ranks. He was renowned for his charming style, which was braggadocious and often trashed other wrestlers. He has held several championships, including two Intercontinental titles and ten world titles.

Although Dwayne Johnson’s tenure with the WWE made him a household name among wrestling fans, he wasn’t quite the wealthy and well-known actor he is now. He left the WWE in 2004 to pursue a career in film, which he found to be very successful. He shot to fame almost as soon as he began acting, with his feature film debut in The Mummy Returns in 2001. He quickly rose to fame, gaining traction and recognition in the film industry as he appeared in various films.

Dwayne Johnson rose to fame almost immediately after beginning his acting career. Many people had heard of him from his tenure as a professional wrestler with the WWE. His notable appearances in several films only added to his already considerable celebrity. Dwayne Johnson is perhaps one of the most well-known actors in Hollywood.

Dwayne Johnson’s popularity has soared since then, particularly since the Fast & Furious 5 and, more recently, the Jumanji films, which he starred in.

What is it about him that makes him so successful?

Dwayne Johnson’s acting talent, as well as his charming and engaging personality, have helped him become well-known and loved both on and off the big screen. His acting and production abilities and the character he developed during his wrestling days helped him become one of the most well-known actors in the world.

Another explanation for Dwayne Johnson’s popularity is his unwavering determination to succeed and never give up. He despises quitters and doesn’t have time for them. Johnson believes that achievement isn’t all about excellence. Consistent hard work, in his opinion, contributes to results. He admires people like himself who persevere in the face of adversity to achieve their goals, no matter what it takes.

When Johnson began starring in commercial films, you could see his resolve shining through. Many would argue that coming out of the wrestling world; he didn’t have a chance of making it big in any blockbuster or big box office film, despite his television appearances. He’d been branded as a wrestler by “The Rock,” and that’s everything he would ever be. Despite this, he persevered and reinvented his profile, landing major roles in films such as The Scorpion King and Fast & Furious 5 and roles in San Andreas and Jumanji.

Never surrender. Regardless of how tough your life’s circumstances may be. Imagine the future you want to build for yourself, and then work every day to make that vision a reality in your life.

Dwayne Johnson has also worked hard to build relationships with others. Amid a tumultuous relationship with Fast & Furious co-star Vin Diesel, he has forged strong bonds with Jason Statham, John Cena, Kevin Hart, and a slew of others.

Many people recognized him from his braggadocious wrestling character, but he shot to even greater fame after making his film debut and continuing to act in films. Dwayne Johnson is immensely rich and well-known thanks to his acting and production careers and a little support from his experience as a wrestler and his business ventures.

How did Dwayne Johnson amass so much wealth?

Dwayne Johnson has a net worth of 330 million dollars from his numerous occupations, including professional football and wrestling, acting, manufacturing, and entrepreneurship. His diverse careers and versatility, which have enabled him to excel in a variety of industries.

Dwayne Johnson collaborated with the fitness clothing company Under Armour to launch “Project Rock” and the earnings from his acting and wrestling careers and his production company. As part of the project, he launched a gym bag sold out in just a few days. Also, he launched a shirt and an alarm clock app, all of which were well-received. Since then, he’s launched various other products, including headphones, sneakers, and other clothing.

Dwayne had three wrestling try-outs with the WWF in 1996, winning one match and losing two others. Later that year, the WWF offered him a contract, which he accepted.

Johnson made his WWE debut as Rocky Maivia in 1996. On November 4, 1996, he made his Monday Night Raw debut as a part of Marc Mero’s entourage, and his first match was at Survivor Series on November 17, in an eight-man elimination tag match.

He was dubbed “The People’s Champion” in 2002 and has since won several competitions and titles in the WWE. His initial significant acting role was in the movie, The Scorpion King, and he’s since gone on to become one of the most well-known actors on the planet.

Here are a few of the films in which he has appeared:

Summing-Up With a net worth of over $330 million, Dwayne Johnson is a world-renowned top-paid actor and former professional wrestler. Dwayne Johnson’s net worth is expected to hit $500 million over the next decade, thanks to roles in the Jumanji and Fast and Furious franchises, as well as upcoming films and shows.