Skip to content
Home » How Can You Supervise Music for a Film? 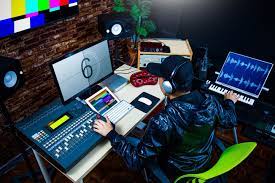 Music plays a crucial role in the overall mood of a film – it is no less than the make-or-break factor of successful movies.

Movies that ace the whole music game will always have a great music supervision department.

Doesn’t this field sound like an exciting career option? Especially if you have an inherent interest in music and films. If yes, you are at the right place.

Through this article, you will know how to become a successful music supervisor in the film industry and gain more information on related matters.

Who are music supervisors?

A musical film will have more rigorous music supervision and famous songs, while some films might have a credit towards the end to represent the limited work done by the music supervisor.

The responsibilities allotted to the music supervisors will be dependent on the producer and director of the film.

What are the roles and responsibilities of a music supervisor?

Music supervisors select the right music in commercials, movies, video games, and television shows. Music is responsible for the emotional and sentimental value of the scenes, and thus, music supervisors have a lot of responsibility on their heads.

Moreover, they sync with directors, producers, and editors in varied production stages to build creative ideas and understand the music requirements for particular scenes.

How can you become a music supervisor?

If this field excites you and you wish to pursue it professionally, becoming a music supervisor can surely be your primary goal.

There are no fixed rules that one might need to follow to become a music supervisor, although some education in the music industry goes without saying.  Take a look at what they are.

1. You should know A LOT about music

Becoming a music supervisor is equivalent to having a lot of knowledge about the domain of music – they should be able to make decisions concerning the music quality and composition. Many people gain these skills through extracurricular learning, while others study music as a subject.

You will have to meet the right people and network to grab a place in the film industry. This sector is a relatively limited industry with people sticking to their favourites. Start contacting people at your dream companies soon if you want to foray into a career here.

It is vital that you hone and build your skills before becoming a music supervisor. For that, you can take up volunteering activities in community events and musicals and create a solid portfolio with solid skills.

Your deep passion and interest in music should not go to waste. Music supervision is a creative, enriching and exciting field for any music lover.

If you are genuinely open to becoming a music supervisor, then start exploring your options. Get in contact with the right people and build the perfect skills to create a remarkable career in the entertainment industry.