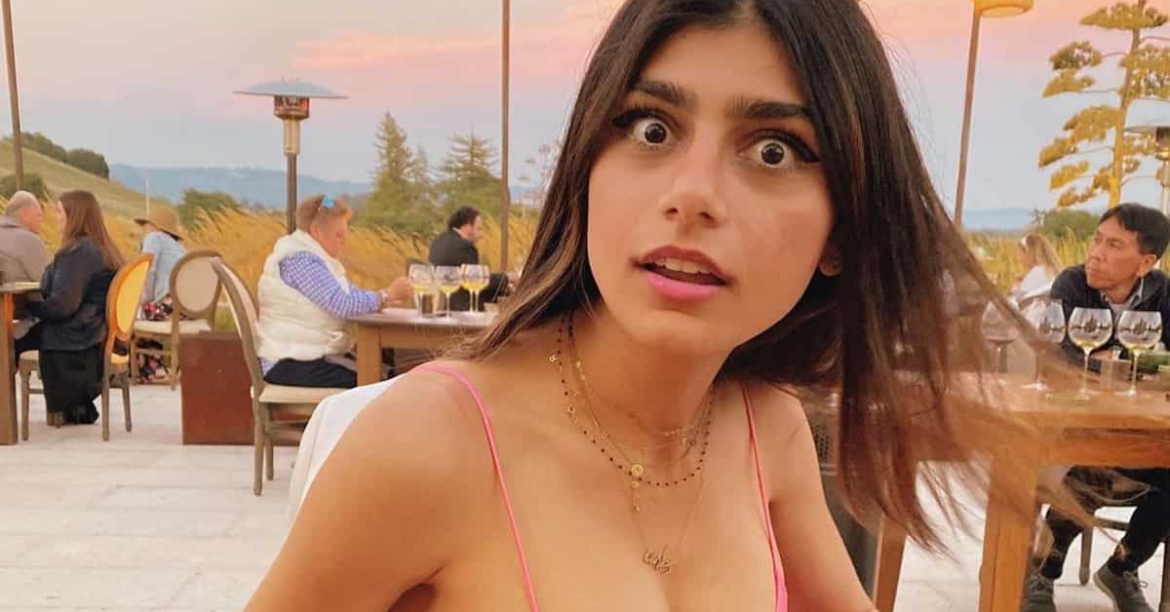 Do you know Mia Khalifa?

If you are a fan of Mia Khalifa or fall under the category, who knows but never cared to surf the internet for the adult star, still there is a chance that you have been buzzed with the latest heated argument and digital attacks all over the internet over a diss song – Mia Khalifa. Generated by an uprising band, iLOVEFRiDAY, “Mia Khalifa” song was dropped on Mar 5, 2018, on YouTube but took a few months to hit the real score.

This digital feud started from a fake tweet, has been juicy content for TikTok users and Memes and now recently ended with a sweet but highly criticised mia khalifa ilovefriday apology.

To get a bright light on the Mia Khalifa iLOVEFRiDAY song drama, it is better to start from the very beginning.

Who Is Mia Khalifa?

Since her change of heart and career, Khalifa maintained a respectable reputation and fan over various social media sites including Instagram, Twitter, and TikTok.

iLOVEFRiDAY is a popular American Hip Hop band, steered by Smoke Hijabi and Xeno Carr. Both are based in Atlanta and started their career together by vlogging. Their work didn’t experience any leap but Mia Khalifa diss track iLOVEFRiDAY garnered all the fame they desired for.

The heated story started from a fake tweet made by an Instagram account in January 2018. It shared a screenshot of a fake tweet, attributed to Mia Khalifa, criticizing Aqsa Malik (a Pakistani American rapper) and her “Hate Me” video (released on Oct 30, 2017). The fake tweet displayed Aqsa smoking weed and stated:

“She’s so disrespectful to all Muslim women and gives us a bad image smh.”

This tweet enraged the confused viewers the first time, but they understood it later. But the iLOVEFRiDAY duo took it to another level and decided to hit her with a fatal blow. And the next thing we know is – Mia Khalifa iLOVEFRiDAY song.

iLOVEFRiDAY’s diss track didn’t get the desired attention until the TikTok user account @nyannyancosplay played on one of the catchy phrases in December 2018:

Many TikTok users have used and acted on the hashtag “#miakhalifachallenge” “#HitorMiss” during the time and made it one of the most trending TikTok then.

The challenge spread like a wildfire into real life as well, causing video-makers to shout “hit or miss” in public places, in which the other partner or random person has to revert “I guess they never miss, huh?”. The lyrics of this song became so popular on various social media platforms that the most sought after “Mia Khalifa Challenge” was born.

The challenge also became so popular among the youth because of its catchy lyrics and dance tracks. Not only just cosplayers or social media influencers but also people who do not Mia Khalifa or don’t have any notion about this feud started making videos on Mia Khalifa iLOVEFRiDAY song.

iLOVEFRiDAY’s retaliatory diss track has attracted more than millions of likes and has also soared their subscribing list. Heretofore, the song has got more than 10 million views, which created repercussions in Khalifa’s life.

After getting news of such a fake tweet, she cleared the air by reporting that the tweet did not originate from her account, but was well-fabricated to include her image, Twitter account and content. Many users tagged her in her TikTok and other social platform videos and made her more infamous than ever. A series of meme also started on social media along with the fake tweet and porn activities of her wearing hijab. On the other hand, many wise people were quick to notice that someone like Mia Khalifa, who identifies herself as a “proud Catholic” and has once participated in such transgressive activities wearing a hijab, wouldn’t take the step to disgrace others. The public is still unsure if the young rappers have still not realised the truth behind the shady tweet or used this as a sure shot plan to become famous out of the blue.

Since the Mia Khalifa diss track iLOVEFRiDAY, Khalifa hasn’t counter attacked the duo of Atlanta-based rappers. Although the silence from her still prevails, there is a comment on a TikTok post on June 28, 2020, from Khalifa’s official account, which reads as:

“This… is my nightmares. God, this was global, I couldn’t escape it.”

Surprise Fact: TikTok videos which include #MiaKhalifa” or Mia Khalifa have been viewed over 800 million times in total in June 2020. And the numbers are still rising.

As Reed Kavner stated on Tubefilter, “it’s worth reiterating that (Khalifa) was an innocent bystander in all of this…”, it has been clear that people do acknowledge the fact behind all this drama.

Perhaps this nightmare has come to an end for Mia Khalifa.

A panel of Vice (Canadian-American magazine) reviewers have openly condemned the inspiration of the song and its lyrics by quoting it “really off-key and shitty sounding” and “upsettingly misogynistic in a really specific and sick way”. The reviewers of the Vice panel and reputed news platforms such as KentWire demanded a formal apology to Mia Khalifa from iLOVEFRiDAY.

The request was at last heard by iLOVEFRiDAY’s duo and they finally came up with an apology on Jul 20, 2020.