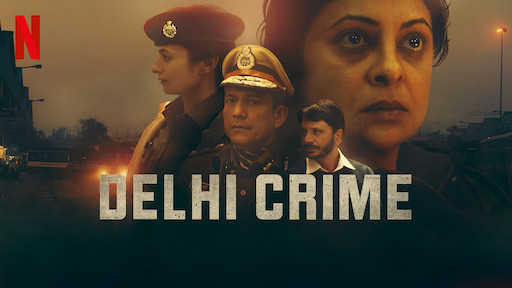 Bored of everlasting ongoing daily doses of daily soaps? All you have to do is stream in some extra interesting plots through Web series. From that constant rivalry of Saas-Bahu to 1000’s of episodes of cable TV serials, we all needed a breather of refreshing and energising Web Series. Some of the top emerging OTT platforms viz; Netflix,Hotstar,Amazon Prime Video and Sony LIV can be used to stream your favourite Web series .These internet run short episodic shows has made a mark in today’s era with it’s amazing and nail-biting content. And more often than not these series leaves us all with some food for thought and sometimes even leave us to binge-watch these web series Hindi.

Here are 7 Best Hindi Web-Series of all time:

The story revolves around a 16 year old Vaibhav(Mayuri More) who has come to Kota, the hub of many coaching centres for different entrance exams, from Itarsi with the dream to crack IIT-JEE.At Kota he meets with Jeetu Bhaiya(Jitendra Kumar) , the Physics lecturer who not only motivates him but also throws light into accepting the abnormalities of the coaching life instead of criticizing it.This engaging Web series is the first Black and White Indian Web series.This series is perhaps shown in this mode to hold up the soulless existence of the place, Kota wherein students struggle to crack IITs and Medical entrances.The series portrays a realistic picturesque of a engineering students who are usually at a rat race to get to their dream colleges.The brilliant performances of Ranjan Raj as Meena and Mayur More as Vaibhav, in particular, add a lot to the five-episode series. In many ways, it portrays an affecting portrayal of a protagonist going through his rite of passage.This series is a must-watch as it brings out a different side of the life of aspirants and sympathizes with their situations.

This series, set in Delhi,entails the social ills that exist in Indian society which are exacerbated during grand, ostentatious weddings.A binge-worthy series that explores many of the challenges that plague modern-day marriages.The story cites the lives of Tara(Sobhita Dhulipala) and Karan(Arjun Mathur), two wedding planners in Delhi run an agency Made in Heaven.With each wedding, you get a glimpse into their past, which is actively influencing their present and calling them to action. Gay rights are also subtly woven into the plot.’Made In Heaven’ is a brutal portrayal of the human psyche, especially that of the wealthy. This series lacks moral policing, which adds on to its realism and relatability.If one person is a gold-digger the other is shown as sexually liberated.To conclude, this web series is more of a behind-the-scenes look at our society’s crème dark and edgy world. People,who, some may argue, use an ostentatious display of money on crucial events such as their children’s weddings to cover their shattered relationships and broken households.

The Family Man is a gritty action-drama series about a middle-class man who works for the National Investigation Agency’s special cell.Manoj Bajpayee plays the role of married man with two children, and the first season follows an investigation into a possible terrorist attack, as well as his slightly unsettled family life. Real-life newspaper articles served as inspiration for this series.The Family Man is an engaging thriller series which tunes in a reasonable part of comedy. The action is well-staged, and delivers a light-weight spy content for the audience to watch.It very subtly portrays some gruesome truths of our country.In both the seasons The Family Man stood out from the crowd because of its engaging and quirky script and outstanding performance by the protagonist,Manoj Bajpayee.

This series is based on the Indian stock market fraud of 1992, which was conducted by a number of stockbrokers, notably Harshad Mehta. It is based on the 1992 book The Scam: Who Won, Who Lost, Who Got Away by journalist Sucheta Dalal and Debashish Basu.It depicts the narrative of Harshad Mehta’s life, his stratospheric rise, and his subsequent fall.It stars Pratik Gandhi as protagonist Harshad Mehta, with Shreya Dhanwanthary as Sucheta Dalal in a supporting role.A series on a topic as cut-and-dry as securities fraud becomes 500 minutes of binge-worthy watch by providing context and much-needed perspective to the audience. It allows us to evaluate whether Harshad was a victim or a criminal while also demonstrating who he was.This series is a rag-to-riches story of Harshad Mehta who shook up the country with the securities scam.

Delhi Crime is based on the 2012 Nirbhaya gang rape case that occurred in the Munirka neighbourhood of South Delhi. The story picks up after the gang rape, when Deputy Commissioner of Police (DCP) Vartika Chaturvedi is tasked with finding the perpetrators responsible for the assaults and subsequent death of the female victim.The series provides subtle comments on the socio-political-economic situations we live in, and how they effect the police force, through its ‘realistic’ chronicle of the entire inquiry.The show is well-edited and fast-paced, with few plot deviations. It is heartbreaking without being melodramatic, and it is gut-wrenching without being gory. Keep an eye out for the clever script, which is supported by excellent performances from the entire cast.

Every Indian teenager’s romcom concept is depicted by College Romance. This show is certainly one of a kind, with a good premise and an awesome storey line coupled with immaturity and adventure. This five-part series, directed by Simarpreet Singh, will undoubtedly transport you back to your college days, as it perfectly captures the atmosphere.As the title suggests, ‘College Romance’ follows the love lives of three college best friends: Karan (Keshav Sadhna), Trippy (Manjot Singh), and Naira (Apoorva Arora).It revolves around the conflict to sustain a relationship amidst the college days.All in all, ‘College Romance’ is a competent portrayal of college love difficulties that will undoubtedly entice the younger generation to binge-watch.Will the trio be able to discover true love in college using different strategies?To find its answer head over to “College Romance” via your favourite OTT platform.

The series is set in Jaipur, Rajasthan, in 1998, and follows the story of 12-year-old Harshu Gupta and his family as they face various difficulties and tribulations in their daily lives.It’s a fresh, nostalgic, sweet, and emotional online series that’ll transport you back to your adolescent years. But, beyond the nostalgia, the show offers a hidden message about the importance of family, particularly siblings, in one’s life. In an age when most couples are content with having a single kid, the show makes us ponder how our lives would have been different if we had siblings.This series communicates with you on the most basic levels while still leaving a lasting impression.So what’s stopping you from embarking on this nostalgic emotional journey that will leave you with a smile on your face and a warm heart?