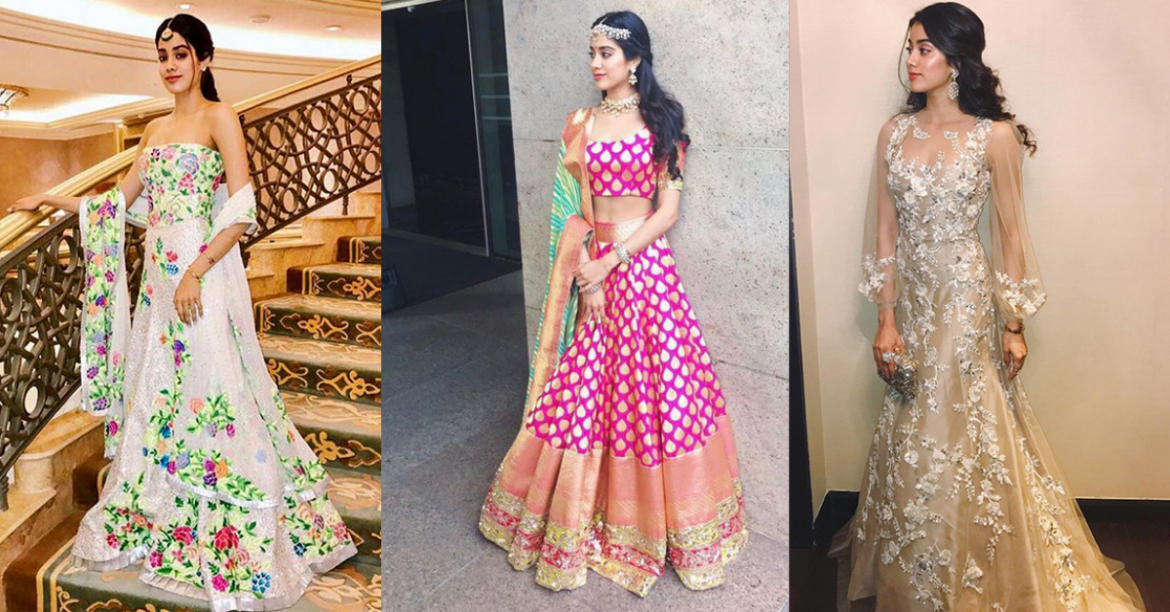 The daughter of legendary Sridevi, Janhvi Kapoor might be making her Bollywood debut with Dhadak but she has already made her spectacular mark in everyone’s heart with her spectacular fashion choices. From her casual airport looks to her wedding outfits, she never fails to give major style goals to young women all around the country. The 20-year old actress is constantly heaving her style score in our books with her edgy looks.

Her sartorial choice of lehengas and gowns is unquestionably a source of inspiration and envy for each girl for an outstanding wedding look. In case you are thinking of someone to look up to with an end goal of marvellous wedding looks, get inspired by her ravishing ethnic fashion statements that truly stunned and left us in awe!

What can be better than a traditional silk lehenga choli for total Desi vibes, right ladies!? The diva attended a wedding function and looked drop-dead gorgeous in a Manish Malhotra creation. She chose a rani pink Banarasi silk lehenga embroidered with gold motifs and a bold border. The lehenga was teamed up with a green striped silk dupatta that fitted true to its style and added some extra sparkles in her look. The silver chunky headgear and the neckpiece were clearly the icings on the cake.

Being the cousin of B-town Fashionista Sonam Kapoor, the little sister surely takes some inspiration from this style icon. Janhvi Kapoor never leaves a single chance to slip into elegant and edgy party wear gowns at any event or gala. The actress took some style goals from Sonam Kapoor and chose ivory embroidered gown by the very talented Manish Malhotra. While striking a pose in the white gown, she didn’t look less than a beautiful princess. Sheer balloon sleeves with alluring embroidery at the end looked like a dream.

If you are one of those who love to experiment with their clothing in order to set a standout look, this version of the traditional lehenga is exclusively for you. The actress looked absolutely eternal in a black embroidered lehenga with a little modern twist on the red carpet of the International Film Festival of India (IFFI) in Goa. She truly gave us a new way to style a traditional lehenga. She slipped into an Anamika Khanna couture ensemble, a modern take on the traditional lehenga choli with the skirt split down the front to reveal embroidered pants. She clearly looked like a Bohemian princess in the ensemble.

Janhvi, Khushi, and Sridevi are some of the most gorgeous divas from the Bollywood families. The 20-year old Fashionista is leaving no stone unturned in being the style icon for young girls. Especially when it comes to her wedding outfits, be it party wear gowns or designer lehengas, she always gets succeed in making everyone stunned. The actress chose a pastel color lehenga from the Manish Malhotra Spring-Summer Collection. With the feather look, astonishing silver embroidery, and full sleeves, one just can’t get eyes off of her! 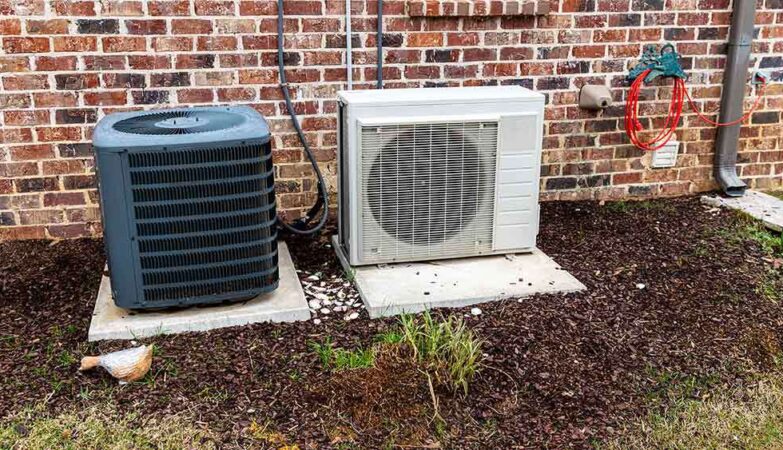 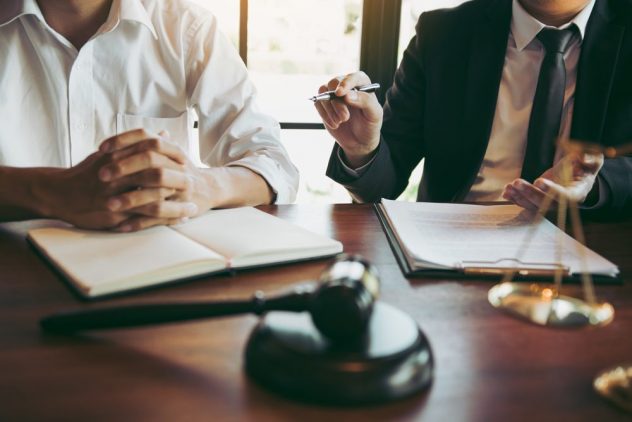 Employment lawyers are necessary to hire!

December 30, 2021January 10, 2022
Employment lawyers play an essential role in resolving disputes between employees and their employers. This… 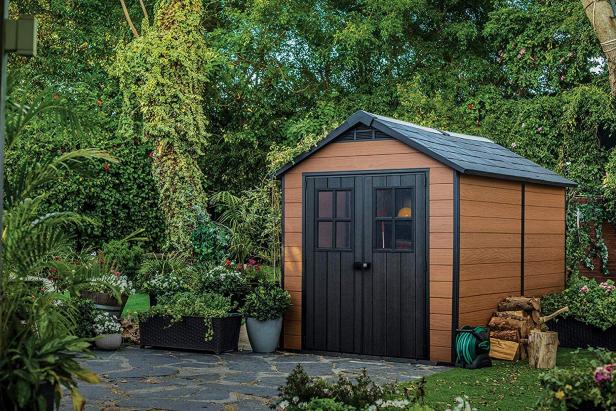 Four Ways An Outdoor Shed Can Add Functionality To Your Home

December 30, 2021January 10, 2022
Decluttering your home can be a pretty exhausting task, especially if you are running out…